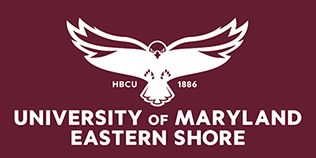 A team of UMES students are hard at work preparing for the 5th annual HBCU Battle of the Brains, described as “a national academic championship and experiential diversity recruiting showcase.”  They will travel to Austin, Texas, March 8-14 to be pitted against teams from other historically Black colleges and universities in a business challenge competition.  It is a first for UMES.

From a field of approximately 50 teams, seven final teams will face off in the finals to vie for a top institutional prize of $50,000 ($25,000 and $10,000 for second and third, respectively) along with eight individual scholarships ranging from $2,000-$5,000.  The teams will have 24 hours to tackle a business challenge developing a solution that incorporates design, policy, business and STEM components, said Dr. Victoria Volkis, a chemistry professor at UMES and the faculty mentor.  Teams, she said, will be judged on their analysis and solution to the business problem along with their presentation and their performance during a Q&A session.